The Most Active VCs In Medical Devices

NEA, Versant Ventures, and High-Tech Grunderfonds are the three most active investors in medical device startups.

Funding to medical device startups is on track to pick back up this year, following a 13% year-over-year drop in 2015.

Since 2012, venture capital dollars have been distributed across the category into a variety of startups focused on advancing medical diagnostics, imaging, surgery, and genomics, among other specialties.

Other than High-Tech Gruenderfonds, which backed 15 seed or Series A deals since 2012, Versant Ventures was the only investor with more than 1 deal to an early-stage medical device company.

Which firms are most active? We used CB Insights data to rank VCs by their unique medical device investments over the past 4 years.

Modern Medicine: Trends In Medical Devices
Join us for a webinar as we take you through private market trends, major investors, and pioneering medical device startups.
NEA and Versant Ventures top the list as the two most active investors in medical device startups. (However, neither make the top five among the most active early-stage investors overall in the category during 2012-2016.) Some other takeaways from our infographic: 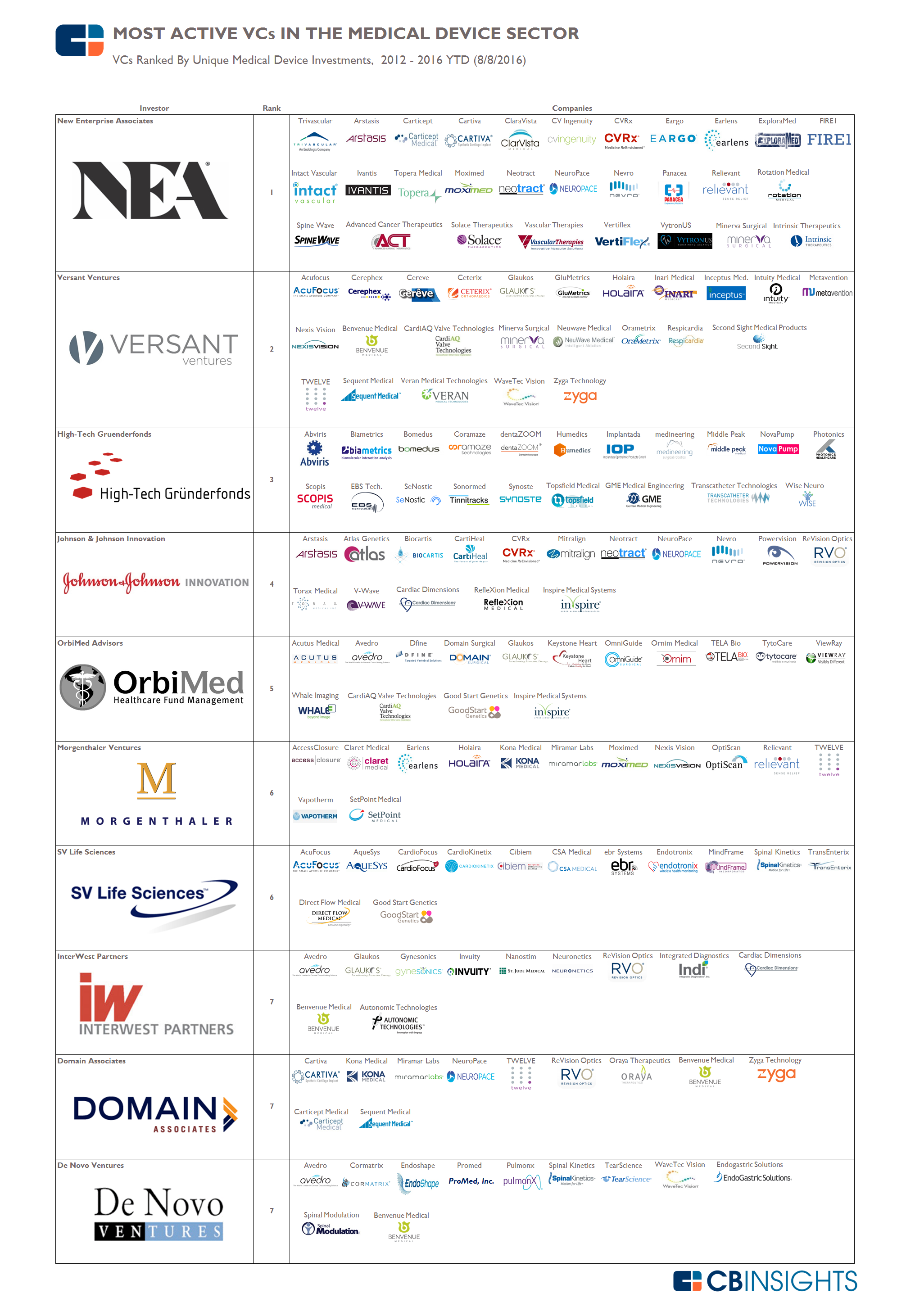